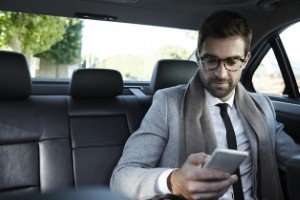 IT managers have rated security as the most important factor when looking for a company smartphone supplier.

The security of enterprise-owned mobile phones has been named as the top concern for businesses when they are looking to choose a new supplier for their devices.

This is according to the 2018 Business Smartphone Purchase Survey for Western Europe for HMD Global, which revealed 95 per cent of purchasers agree that regular and fast security patches will be an important factor in their decision.

What's more, 93 per cent of respondents stated there is a strong need for a form of mobile threat detection, such as Android devices' built-in Google Play Protect malware protection system. Just two per cent of firms considered antivirus and malware defence tools unimportant.

However, despite this focus, many companies continue to rely on outdated smartphones that may not have the latest updates and patches in place. For example, almost two-thirds of large enterprises (64 per cent) use devices that are at least two years old.

Smaller businesses are also more likely to deploy newer phones that their larger counterparts, with 42 per cent of less-sizable enterprises looking for new devices, compared with 34 per cent of large firms.

HMD Global's vice president for Western Europe Jon French stated that the survey highlights how IT security is becoming increasingly important in the mobile space.

Other factors businesses take into account when they are looking for a mobile phone supplier include the range of devices on offer and cost, with affordable handsets favoured over high-end premium gadgets. Brand identity and the absence of bloatware are also considered, though not as highly as security.

The survey also noted that demand for enterprise mobility management (EMM) tools that allow IT managers to monitor smartphones and access them remotely is not as widespread as it could be. Only 64 per cent of large firms and 48 per cent of small businesses deploy such a solution.

This may be because EMM is not seen as an important security tool. Only a quarter of respondents (25 per cent) rated EMM as a very important feature, compared with 34 per cent for antivirus software and security patches and 33 per cent for mobile threat detection.