Should 5G operators be worried about supplier security? 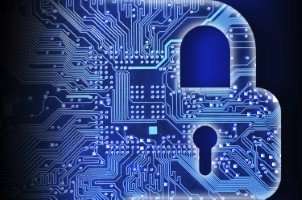 The government has warned 5G operators to be mindful of their suppliers' security, ahead of a review into the safety of the UK's telecoms networks.

Cyber security is one of the biggest concerns for businesses in all industries at the moment, but one sector that needs to pay particularly close attention is telecoms. If these companies come under attack from hackers or hostile nation-states, the implication could be far-reaching.

Therefore, the UK government has written to several telecoms companies that are developing 5G networks warning them to be mindful of any potential cyber security risks related to their suppliers.

The Financial Times reports that Matthew Gould, the head of digital policy at the Department for Digital, Culture, Media and Sport, and Ciaran Martin, the head of the National Cyber Security Centre (NCSC), informed companies that their operations may be affected by a review of the country's telecoms infrastructure that is currently in progress.

It noted this review aims to ensure that the UK's critical communications networks remain "resilient and secure" and could lead to changes in procurement rules for operators.

Several industry figures have suggested that the warning is particularly aimed at businesses considering using hardware made by Huawei. Although the Chinese manufacturer is not mentioned by name in the letter, Matthew Howett, principal analyst at Assembly Research, told the Financial Times: "I doubt we would have seen this if it was Nokia or Ericsson."

Some other countries, including the US and Australia, have banned their telecom operators from using hardware from Chinese firms such as Huawei in the deployment of their next-generation mobile networks due to security concerns.

Executives at telecoms firms said the warning may be intended to ensure that their firms use a diverse range of suppliers, but also suggested it could be a precursor to the UK following in the footsteps of other nations and prohibiting the use of Huawei technology.

Suggestions that this is a direct threat to Huawei have been rejected by the government, with a spokesman saying: "This is not a binary review of the country of origin of telecoms suppliers. It is about ensuring we have the right overall framework in place to ensure secure and resilient telecoms networks.”

The impact of a potential ban

This is not the first time that questions have been raised about the security of Chinese suppliers. Earlier this year, the NCSC warned telecoms companies not to use hardware made by ZTE due to concerns over the "long-term negative effect on the security of the UK", while it has also expressed concerns over weaknesses in Huawei's technology that could expose the UK's telecoms networks to cyber attacks.

However, Huawei is one of only a few global suppliers of 5G equipment and, according to people with knowledge of firms' procurement plans, it is widely regarded as a cheaper and more advanced option than what is offered by some of its competitors.

If the government's review does recommend a ban, it would leave companies reliant on hardware from Nokia, Ericsson or Samsung, which could delay the rollout of 5G networks that are currently scheduled to come online in 2019 and 2020.