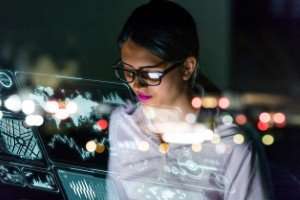 Investing in technology to support connectivity will be essential if businesses are to survive in a more data-dependent environment, a new survey finds.

Continued investment in data and technology will be essential if businesses are to survive in an increasingly competitive and digitised marketplace, with those that fail to do this likely to fall by the wayside.

This is according to a new survey from Dell Boomi, which revealed that some 86 per cent of UK enterprises are now highly dependent on data. What's more, four out of five IT decision-makers (81 per cent) believe their firm could be out of business within five years unless they invest in new technology.

Improving connectivity was found to be a top priority for many firms, with 37 per cent listing this as an area they are keen to invest in. Meanwhile, more than a third of businesses (34 per cent) want better integration between their applications, while almost one in four (24 per cent) are facing issues with data silos.

Other key considerations for businesses looking to improve their tech landscape include cyber security (cited by 41 per cent of survey respondents), ensuring they have full transparency over their data, and having strong communication between all relevant applications and data (both 38 per cent).

Derek Thompson, vice-president of Europe, the Middle East and Africa at Dell Boomi, said: "With the majority of UK businesses highly dependent on data to drive their business, it is critical they take steps now to ensure the validity and integrity of that data, by driving better connectivity across applications and the business at large."

The research also revealed the steps enterprises are already taking to meet these demands. For example, a third of respondents (33 per cent) said they were looking to implement hybrid cloud solutions.

However, almost six out of ten IT professionals (57 per cent) highlighted legacy software as one of the biggest challenges they face. Dell Boomi noted that this is unsurprising, as transforming decades of IT infrastructure is no easy task.

Overall, just one in four respondents (24 per cent) reportedly view their business as 'very connected'.

"Most large organisations are living with hybrid IT landscapes as they move applications to the cloud while maintaining legacy on-premise applications," Mr Thompson said. "Ensuring connectivity and a single pane of glass across this landscape is critical to the three-quarters of companies that admit to being highly data driven.