The biggest news and releases from MWC 2018 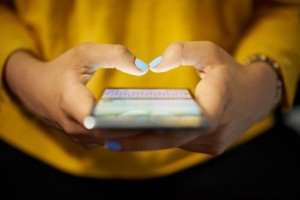 MWC 2018 has seen a host of impressive announcements that will impact mobile users in the months ahead.

Mobile World Congress (MWC) brings together some of the most influential players in the realm of technological innovation and this year's event – coming to an end today (1st March) – has proven impressive in terms of the latest new developments in the field of mobile communication.

Held at Barcelona's Fira Gran Via, the event has seen the release of a host of new products and technologies that could change the face of consumer telecoms in the months ahead. Here we look at some of the biggest announcements from this year's show:

A standout new release at MWC 2018 was the unveiling of the new Samsung Galaxy S9 and S9 Plus models.

Both offer top-line specifications and were arguably among the biggest surprises of the whole show, with Samsung taking the opportunity to not only expand on its popular S8 line-up, but to significantly improve it.

At a glance, the S9 and S9 Plus appear very similar to the old S8, but each does feature a sturdier exterior and refined styling. However, it's under the surface that the magic becomes apparent in these brand new releases.

A significant addition to the S9 range is the installation of a new, wider f/1.5 aperture camera sensor, which allows more light into the lens to potentially provide a marked boost to detail in low light and for all images captured.

In addition, both models have seen a repositioning of the fingerprint sensor to a more ergonomic location on the back of the handset, while improved memory of 6GB for the S9 Plus helps to speed up functionality and processing for users.

Enhanced capabilities with the Helio P60

Next-generation machine learning is no longer the sole remit of the most expensive smartphones, with MediaTek taking the opportunity of MWC 2018 to unveil its new Helio P60 accelerated processing unit (APU).

Offering access to features including facial recognition, real-time translation and enhanced imaging processing, the Helio P60 could help to transform the affordable smartphone market when launched in Q2 this year. It is expected to bring a host of new devices on a par with some of the biggest and most sought-after names in the smartphone sector.

The Helio P60 APU will be available for all Android devices in the coming months and will help to ensure dedicated machine learning capabilities could soon become ubiquitous in the smartphone space.

5G networks are 'open for business'

Finally, it was also an exhibition for new innovation in the way mobile communication will be delivered in the years ahead, with Ericsson president and chief executive officer Borje Ekholm stating that 5G networks – the next generation in digital communication – are now officially "open for business".

He outlined the fact that enhanced mobile broadband will be one of the greatest benefits to come out of a switch to 5G, with faster download speeds, increased bandwidth for data transfer and an improved user experience all around.

Furthermore, Mr Ekholm stated that data traffic is expected to achieve a compound annual growth rate of up to 40 per cent between 2017 and 2023, meaning the advent of 5G networks could not have come at a more opportune time.

Other factors that will be of benefit to mobile users and telecoms providers through the launch of 5G are expected to be a significant cost reduction for the sector in the coming years, while new revenue streams based on 5G applications and the mass uptake of Internet of Things devices will also be made available.

Mr Ekholm concluded that early adopters of 4G technologies were among those to see the greatest benefits in the past, and the same is now expected in the 5G era.