Travellers warned over cost of overseas mobile use 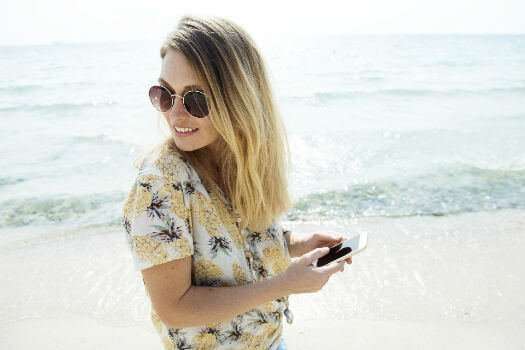 Taking a photo or reading emails via mobile in non-EU countries could leave users with huge bills, Which? warns.

People heading overseas for summer holidays or business trips in the coming months have been warned to be aware of their mobile usage, as unexpected roaming costs could lead to sky-high bills.

Although those heading to destinations within the EU are protected by rules that prohibit roaming charges, there are no such guarantees for those travelling further afield, which may result in bill shock for anyone checking in with tasks like emails while on the beach.

Research from Which? showed just how quickly extra charges for overseas mobile data use can add up and hit in unexpected ways. For example, many people will be using their phone’s camera heavily while abroad, and devices are often set up to automatically upload these snaps to the cloud.

This could prove especially costly. Which? found, for example, that a Virgin Mobile customer in Dubai could be hit with a bill for £52.70 – the maximum monthly charge – for taking a single photo. Meanwhile, Plusnet mobile users would hit their monthly data cap of £40 in all of the ten countries examined – including the US, Turkey, Mexico, Thailand and Australia – merely by uploading a single 5MB photo to the cloud.

A look at Google Maps to help navigate around a new city could cost as much as £4 for five minutes use, while streaming a single song via Spotify could set users back as much as £30.

Those hoping to stay in touch with the office while on holiday also need to be wary, but Which? noted there are huge variations across providers in how much they charge.

For instance, downloading 50 emails while in Australia could instantly take a Plusnet user to their £40 data cap, whereas the same activity may only cost 10p for Three users.

Commenting on the results, Natalie Hitchins, head of home products and services at Which?, said: “Holidaymakers should look at roaming packages offered by their providers before they travel to guard against spiralling costs – or for absolute peace of mind, consider turning off data on their phone altogether.”

The consumer group offered a number of tips for avoiding high roaming bills, including keeping phones in Airplane Mode and ensuring that data roaming and auto syncing are switched off in the phone’s settings.