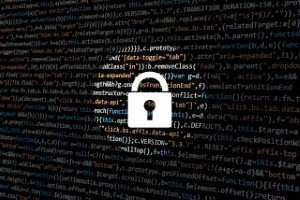 Only 23 of 250 Android antivirus apps were able to effectively block 100 per cent of threats in a recent test.

The majority of antivirus apps available for Google's Android platform are ineffective and could actually be putting devices at risk, a new study has warned.

Testing firm AV-Comparatives examined 250 apps in this category, but found that more than two-thirds were not able to detect threats effectively or provided a high rate of false positives.

Only 80 of the apps reviewed were able to correctly spot more than 30 per cent of malicious apps installed on the test phones without including any false alarms.

Overall, less than one in ten apps tested were able to successfully defend a smartphone against every threat faced during the process.

Perhaps unsurprisingly, the most successful apps were those offered by familiar and trusted antimalware brands that regularly take part in independent tests. Among the 23 apps that had a detection rate of 100 per cent included software from the likes of Symantec, McAfee, Kaspersky and AVG.

As for the rest, there were a variety of reasons why apps were deemed to be risky. While some proved effective at blocking threats, high false positive rates may mean users trying to use genuinely safe apps could end up frustrated.

Indeed, some apps worked simply by maintaining a whitelist of trusted apps and then blocking all others. However, these often proved easy to get around, while some even neglected to include themselves in the whitelist, meaning they ended up blocking themselves.

Founder and chief executive of AV-Comparatives Andreas Clementi said that while the number of antivirus apps available for Android has increased in the past year, a smaller proportion of these now actually provide effective protection.

"Last year, a third of the security apps we tested failed to detect even 30 per cent of malicious samples; this year, that proportion rose to over two-thirds," he said. "User ratings in the Google Play Store might show that a security app is easy to use. However, without independent testing, users cannot be sure if its detections are genuine, or whether it has given a clean bill of health to a malicious program."

The company therefore advised users to only install antivirus apps from "well-known, verified and reputable vendors" and not to rely on factors such as user reviews when deciding which app to download.