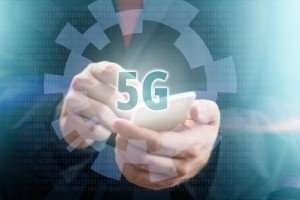 New research by Gartner suggests 5G will be in high demand among firms in the next two years, but networks may not be able to keep pace.

Two out of three businesses expect to embrace 5G mobile connectivity tools by the end of next year, a new report has found.

Research by Gartner suggests that Internet of Things (IoT) connectivity will be the number one use case for the technology, with 59 per cent of firms expecting to adopt 5G-capable networks for this purpose.

This was followed by video, which was also named by more than half of respondents (53 per cent). Improving operational efficiency was said to be the number one driver for moving to this technology.

Sylvain Fabre, senior research director at Gartner, said it was surprising to see so many organisations focusing their attention of IoT as a cornerstone of their 5G strategy, as other proven alternatives, such as Narrowband IoT over 4G and low-power wide-area solutions, can already offer wireless IoT connectivity.

However, 5G is uniquely positioned to deliver a high density of connected endpoints – up to one million sensors per square kilometer," he continued. "Additionally, 5G will potentially suit other subcategories of IoT that require very low latency."

Mr Fabre added that when it comes to video, there will be a variety of applications for the technology. He said: "From video analytics to collaboration, 5G’s speed and low latency will be well suited to supporting 4K and 8K HD video content."

However, Gartner's study also warned that currently, the demands and expectations of businesses regarding 5G will not be matched by what is on offer from communications providers.

In the short term, Mr Fabre said businesses may not be able to fully rely on public 5G networks for use cases including IoT, video, control and automation, fixed wireless access and high-performance edge analytics.

Most communications service providers will only achieve a complete end-to-end 5G infrastructure on their public networks during the 2025-to-2030 time frame – as they focus on 5G radio first, then core slicing and edge computing," he continued.

Until then, some firms may have to turn to private networks if they are to take full advantage of the potential of 5G.