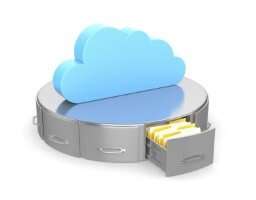 The UK places sixth in the EU for cloud adoption, but still has less than half of businesses using the technology.

The UK is one of the leading countries in Europe for the adoption of cloud computing technologies, new figures from the EU show, but overall, takeup of the services around the continent is still being held back by worries among business users.

The report, from statistical agency Eurostat, found that Scandinavian nations lead the way, with Finland, Sweden and Denmark taking the top three spots. The UK came sixth in the table, with 42 per cent of enterprises embracing cloud computing.

However, even though less than half of British businesses have adopted the technology, this was still a significantly higher percentage than other leading EU economies, such as Germany (22 per cent), Spain (also 22 per cent) and France (19 per cent). The figure for the bloc as a whole was 26 per cent.

The most common use for the cloud is email hosting (69 per cent) and file storage (68 per cent), while 55 per cent are using advanced cloud services such as financial and accounting software applications, customer relationship management or other key business applications.

More than half of companies that do use the cloud (55 per cent) consider themselves to be 'highly dependent' on the technology, while a further 41 per cent were classed by Eurostat as having a medium level of dependence as they do not use any advanced tools.

Commenting on the figures, chief information officer at technology services provider Insight Mike Guggemos told CBR that there are still three major concerns that prevent businesses from migrating to the cloud.

These are fears over vendor lock-in, worries about security, and a belief they they will have a higher total cost of ownership than traditional on-premise alternatives.

However, he noted that many of these fears may be unfounded, particularly when it comes to security and cost, as major cloud providers spend vast amounts on cloud defences, while as long as deployments are managed effectively, the benefits of the services usually outweigh any additional costs.