UK ‘among most expensive in Europe’ for mobile data costs 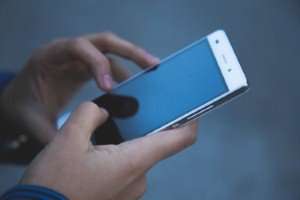 The UK ranks 136th in the world for the cost of mobile data, making it one of the most expensive countries in western Europe.

A new study has revealed that the UK is one of the most expensive countries in western Europe when it comes to the cost of mobile data.

The research, conducted by Cable.co.uk, found the UK ranks just 136th in the world out of the 230 countries and territories examined, with the average cost to download a gigabyte of data via a mobile network standing at $6.66 (£5.05).

This placed the UK significantly behind many of its European neighbours, including Ireland ($3.96 per gigabyte), France ($2.99) and Italy ($1.73). The cheapest average prices in western Europe were to be found in Finland, which came in at $1.16.

Overall, the cheapest place in the world for mobile data was India, where the average cost per gigabyte stood at just $0.26. Cable.co.uk noted this is a country with a young, tech-savvy population, and this is reflected in a thriving smartphone market with strong adoption rates and a wide range of competitors. As a result, its data plans are "quite staggeringly cheap".

Cable.co.uk's report noted that the counties with the cheapest mobile data plans typically fall into one of two categories. These include those with excellent mobile and fixed broadband infrastructure, which enables providers to offer large amounts of data at a low cost per gigabyte.

The other is nations that have less advanced broadband networks, so are heavily reliant on mobile data. In these nations, the economy dictates that prices must be cheap, as that is what people can afford.

Analyst at the website Dan Howdle said that when looking at the UK's position in the table, it is "disappointing" to see it among the most expensive places in Europe.

"Despite a healthy UK marketplace, our study has uncovered that EU nations such as Finland, Poland, Denmark, Italy, Austria and France pay a fraction of what we pay in the UK for similar data usage," he said, adding: "It will be interesting to see how our position is affected post-Brexit."