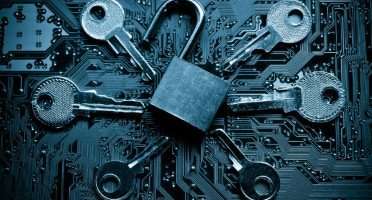 British businesses are spending large amounts of money to recover from cyber attacks, and the incidents can result in revenue drops of up to 9.5 per cent, research shows.

British companies are now spending over £1 million to recover from the damages caused by data breaches, a new study has found.

This amount is higher than the global average of $1.3m (£1m), which has increased from previous estimates, according to research from NTT Security.

The report also identified that it takes British businesses, on average, nearly three months to recover from a cyber attack. This is one week longer than the global average of 74 days, highlighting the significant disruption caused by data breaches.

In terms of revenue, a cyber attack can cause a drop of up to 9.5 per cent, showing the massive importance of strong data security for businesses.

Across the UK, business decision makers expect a data breach to cause short-term financial losses, with 64 per cent citing a loss of customer confidence, 67 per cent seeing reputational damage and 44 per cent encountering financial losses.

As well as this, one in ten companies expect staff to leave after a cyber attack, while nine per cent anticipate that senior executives would resign.

Linda McCormack, vice-president UK and Ireland at NTT Security, said: “Companies are absolutely right to worry about the financial impact of a data breach – both in terms of short-term financial losses and long-term brand and reputational damage.”

Ms McCormack went on to say that, even though this year’s figure of £1.1 million is a drop from last year’s £1.2 million, companies cannot ignore the consequences of increasingly sophisticated security attacks.

However, it appears that businesses are starting to realise the importance of data security, with 72 per cent of UK business decision makers saying their organisation has enforced a formal security policy.

Around two-thirds (65 per cent) of UK respondents say their organisation has introduced an incident response plan, which is well above the global average of 48 per cent.