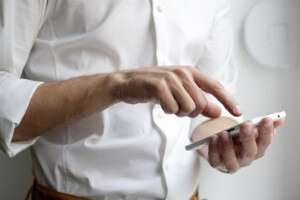 A new study finds the UK ranks 27th out of 87 countries for mobile download speeds.

A new study has compared how mobile networks around the world perform for data, and revealed that the UK is solidly in the middle of the pack – although this could be poised to change in the coming months as the country gets a headstart with faster 5G networks.

The analysis was conducted by OpenSignal and ranked 87 countries around the world for factors including download and upload speeds, latency and the prevalence of 4G networks.

This compared to a download speed of 52.5Mbps in South Korea, which came top of the table and was the only nation to exceed the 50Mbps threshold for mobile downloads.

One reason for the Asian country’s success may be its almost ubiquitous 4G network, which covers 97.5 per cent of the country, more than any other nation with the exception of Japan. The UK’s coverage stood at 84.7 per cent.

When it comes to video performance – a metric that is increasingly important for many users – the UK again performed slightly above average, but not among the top-tier nations. It was one of 25 nations to score a ‘very good’ rating for the quality of mobile video performance, with a score of 66.2 out of 100.

No country achieved a score of 75 or more, which was defined by OpenSignal as the threshold for ‘excellent’ coverage, though Norway came closest with a score of 74.7.

However, the UK’s figures could be poised to see significant improvements in the near future as 5G takes hold around the world, and it is one of the nations that will be leading the way with the rollout of these services.

OpenSignal noted “the world is poised on the brink of the 5G revolution”, although the technology is still likely to take several years to filter through to the average consumer, due
to spectrum availability and the time and costs involved in rolling out the next generation of mobile networks.

The report added: “5G won’t just deliver faster speeds. The new technology will provide a blanket of capacity, built using new high-bandwidth, high-frequency spectrum bands that will help mitigate the congestion which we see impacting the mobile network experience across many of our metrics.”