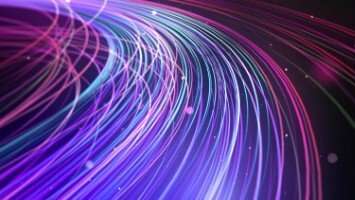 A new report has forecast the UK could have the second-largest take-up of full fibre connectivity in Europe by 2025.

A new forecast has suggested that fibre-to-the-premises connectivity will enjoy strong growth in the UK in the coming years, with millions more homes and businesses set to subscribe to such services by 2015.

This is according to the latest annual report from the FTTH Council Europe, which supports the fibre-to-the-home (FTTH) and fibre-to-the-business (FTTB) industry. It included figures for the UK for the first time in its 2018 edition, indicating that take-up is beginning to gather pace.

Unlike some other measures of connectivity, such as that used by Ofcom, which look mainly at how many properties have access to full fibre networks, the study examines the penetration rate, which indicates the number of homes and businesses that actually make use of the technology.

In the UK, the figures for take-up remain poor, with just 1.3 per cent of properties using an FFTH/B connection, or 13.1 per cent of connected premises. This compares to an average of 13.9 per cent of locations using the technology for the EU as a whole.

However, the prospects for improvement in the UK were much more positive. The study found the UK had the third-highest growth rate for the 12 months to September 2018, increasing the number of connections by 22.8 per cent. Only Italy (43.1 per cent) and Poland (40.5 per cent) exceeded this figure.

Looking ahead, FTTH Council Europe said while it is still early days for the UK, it has strong prospects for further growth. The body noted "the UK is likely to catch up to become second in the ranking in 2025, ahead of France and Spain".

The UK's inclusion on the table was welcomed by the Independent Networks Cooperative Association, trade association for next generation broadband services.

Its chief executive Malcolm Corbett said: "This recognition has been a long time coming and it is no coincidence that it comes after such significant progress in the independent sector, where smaller operators have grown substantially to become viable competitors to the incumbents.

"The UK’s ranking is both a credit to their work and the government's efforts in recognising that independent network build-outs are critical in developing a world class digital infrastructure."