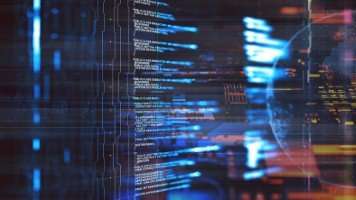 More than four-fifths of UK businesses need to make improvements to their data compliance and security strategies, a new study finds.

The majority of companies in the UK need to be be doing more to safeguard their data security and compliance as information becomes business' most important digital asset.

This is according to a new survey conducted by Veritas Technologies, which found decision-makers in many enterprises are unhappy with their firm's current performance.

It revealed that more than four out of five managers (84 per cent) agreed that their organisation must make improvements to their data compliance processes, while 83 per cent said they should be doing better at data security and managing risks.

A similar number (81 per cent) felt their business was not doing enough to ensure data visibility, while 78 per cent said information does not flow seamlessly enough through their organisation.

One of the reasons behind this is the huge rise in the amount of unstructured data that enterprises now generate. Jason Tooley, vice-president for northern Europe at Veritas, said this has resulted in information being stored across a wide variety of environments, with the average business now keeping more than half of its data in the cloud, for example.

"As data becomes more siloed and sprawled, it is tougher to see, manage, access and protect, creating significant challenges," he added.

Indeed, just eight per cent of respondents to the survey said their organisation was performing well in regards to their data and faced no significant management challenges.

Some 43 per cent of businesses said they currently have too many different tools and systems for their data, while 40 per cent stated they have too many sources of data to make sense of.

Other issues identified by the survey included a lack of a centralised strategy/approach to data management (38 per cent), a lack of skills or technology to harness their data (36 per cent), and an inability to reliably back up and recover data (27 per cent).

These issues could all leave business vulnerable to data breaches or compliance issues as they are unable to effectively control and manage all data across their organisation.

Mr Tooley said: "In an age where effective data management practices can make an organisation and fuel new business models, its exposure can also bring a company to its knees. That is why businesses must build a solid foundation for data management.