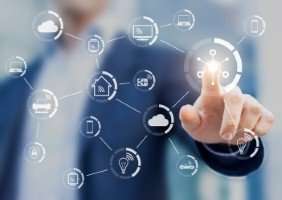 More than half of firms in the UK and around the world would be unable to detect a security breach in their IoT systems, Gemalto finds.

The majority of companies in the UK admit they would be unable to detect a security breach that originated in their Internet of Things (IoT) devices, a new study has revealed.

Research by Gemalto, which surveyed 950 IT and business decision makers around the world, found that overall, only 48 per cent said they had tools in place that would help them detect an IoT-based attack. However, for firms in the UK, the picture was even worse, with just 42 per cent able to spot a breach.

There is also a widespread desire for more information about the potential security implications of the IoT. Some four out of five firms (79 per cent) want more robust guidelines on IoT security, while (59 per cent) would like to see better clarification on who is responsible for protecting these tools.

However, with around 20 billion IoT devices set to be online around the world by the end of next year, businesses will have to act quickly to make sure their new technology does not pose a security risk.

Jason Hart, chief technology officer, data protection at Gemalto, said that given the huge increase in IoT devices at the moment, the survey findings are "extremely worrying".

He added: "With no consistent regulation guiding the industry, it's no surprise the threats – and, in turn, vulnerability of businesses – are increasing. This will only continue unless governments step in now to help industry avoid losing control."

The survey did find, however, that there is growing awareness about the implications of IoT. Spending on defences for this technology has grown from 11 per cent of IoT budgets in 2017 to 13 per cent today, while nine out of ten respondents agreed that this is a major consideration for customers.

Many people also believe that the IoT industry should be doing more. Nearly two-thirds of respondents (62 per cent) agreed that the security of devices needs to improve.

The biggest concern was that privacy would be compromised because of connected devices, which was named as an issue by 54 per cent of executives. Respondents also expressed worries about unauthorised parties like hackers controlling devices (51 per cent) and a lack of control over personal data (50 per cent).