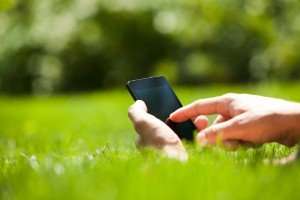 Senior executives at the UK's main mobile providers are said to be working on a plan to improve rural 4G coverage through greater collaboration.

The heads of the UK's major mobile phone network providers have pledged to work together to tackle the problem of 'not spots' where users cannot access reliable services.

According to the Daily Telegraph, the chief executives of Vodafone, O2, BT and Three are in talks to address this issue with a two-pronged approach that will include more sharing of both mast infrastructure and, in more isolated areas, signalling equipment.

Currently, around a fifth of the UK does not receive a signal from all four operators, meaning users living and working in these areas may have less choice in which supplier they opt for, or can be left unconnected when out and about. Meanwhile, about a tenth of the UK is still classed as complete 'not spots', where no 4G coverage is available at all.

To counter these issues, mobile executives have proposed a new barter system that is intended to make it easier for operators to share masts more easily.

This would involve the owner of an existing mast in a rural area allowing a rival operator to install its own equipment on its infrastructure.

According to the firms behind the plan, this would make it more efficient to roll out connectivity to areas that are currently poorly served, allowing the industry to meet government targets to cover 95 per cent of the country with 4G without the need for new regulations.

However, it is uncertain whether the plans would be approved. While the companies have suggested that Ofcom could act as a referee to ensure fairness, the regulator is said to be wary of the idea, and has concerns that such collaboration would reduce competition in the sector, which has so far led to suppliers investing heavily in improving their coverage and capacity.

It is also expected to meet resistance from landlords, who currently benefit from leasing mast sites to multiple providers in order to cover the same area.

The proposals are set to be finalised in the coming weeks, and are expected to be presented as a practical alternative to measures outlined by the government to force more collaboration on the industry, such as 'national roaming', which would require ­operators to carry calls and data for ­competitors.