Why are smartphone sales expected to fall this year? 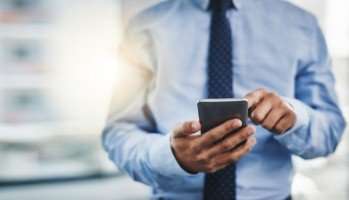 Sales of smartphones are likely to fall in western Europe this year, according to a new report. What are the likely reasons for this and will the market pick up?

Smartphone sales in western Europe are expected to drop by seven per cent in 2018, according to new research by CCS Insight.

This is a significant departure from the current trend of increasing sales every year.

The company’s vice-president of insight Marina Koytcheva said: “After a challenging 2017, our analysis suggests it’s going to be a tough ride for phone-makers in 2018, particularly those targeting western markets.”

But why has this state of affairs been predicted? What is to blame for the expected drop in sales of a product everyone now relies on?

Why are smartphone sales likely to fall?

Koytcheva highlighted that incremental upgrades and higher prices are part of the reason for the current slump.

“Consumers in mature markets have been underwhelmed by the latest crop of flagship smartphones. Price hikes for top-end devices, with some of the latest devices hitting $1,000 (£725) or €1,000 have certainly not helped.”

This is true in the UK too, where the recent iPhone X launched at £1,000, and the Samsung Galaxy Note 8 debuted at around £870. It is now rare to come across a high-end smartphone priced under £700 – with exceptions like the OnePlus 5T and Honor View 10 proving the rule. According to Stephen Schenck, writing for Android Police, “smartphone prices have been getting ridiculous”.

This has led to people paying a premium for devices that aren’t actually updated as frequently as they think they should be, Koytcheva pointed out. This results in them keeping their current smartphones, as they see no need to purchase anything new when they know the updates won’t deliver a particularly different experience.

In addition, Schenck highlighted, smartphones drop in price as time goes on, so a device that cost close to £1,000 on release may end up costing £200 less in a few months. This means people will often wait to get a flagship device at a lower price, which then has a knock-on effect on sales.

Will the market pick up?

CCS Insight predicted that the market will stabilise, with global sales to increase in the coming years, likely hitting two billion units by 2022.

5G is expected to have a significant impact on smartphone sales. Since the technology embedded in today’s devices cannot support the next generation of mobile internet, if users want to benefit from the faster speeds and lower latency promised by 5G, they will have to purchase new phones.

According to Koytcheva, the introduction of 5G will reignite growth in mature markets. Koytcheva said: “The arrival of 5G handsets offers a glimmer of hope for embattled smartphone makers. They’re betting that this new, faster technology will give consumers a reason to upgrade their phones.”

She added that although her company expects the first 5G smartphones to hit the market in 2019, “really significant demand won’t start until 2021”. This will then only have a tangible positive impact in 2022, when CCS Insight predicts more than 600 million 5G phones will be sold. This is expected to account for 31 per cent of the global market.

The impact of 5G

5G is expected to offer greater capacity, which will allow more devices to communicate with each other. This is hugely valuable for the Internet of Things (IoT), as more devices are being connected to it every day.

It will make going online from mobile devices much faster, which could have a positive impact in terms of productivity, particularly for remote workers. It will also make working on the move easier and faster.

However, with the added speed and capacity will no doubt come extra cost. Businesses providing smartphones to workers could face a significantly higher cost. Whether this will be the case remains to be seen, but it will likely have an effect on the number of smartphones sold in Europe as it becomes integrated into our everyday lives.