Why good connectivity is now a ‘deal-breaker’ for businesses 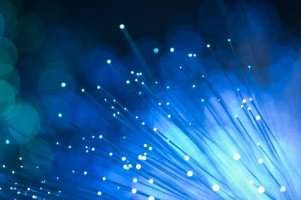 Connectivity has become a deal breaker for many firms, with around 60 per cent of businesses saying they will not even visit a potential new premises until they are certain it has strong options.

Hunting for a new premises isn't very different for a business than it is for an individual. Does a potential home have all the space you need? What are the transport links like? Does it reflect the personality and culture of the business? Is the rent reasonable?

But increasingly, another question that's being added to the list is, 'does it have good connectivity?'. In today's environment, no firm can afford to be stuck in the digital dark ages when it comes to their broadband, and their needs are getting ever-more demanding.

In the residential market, research estimates that more than half of people would consider poor digital connectivity a deciding factor in whether or not to make an offer. And now, new figures suggest businesses have much the same attitude.

Connectivity a must have

A study by CityFibre and Censuswide has revealed that four out of five IT decision-makers won't sign a contract on a commercial lease before they've investigated what broadband speeds they can expect to receive.

What's more, six out of ten won't even view a premises before they've checked out the connectivity, suggesting that good broadband is a non-negotiable feature for their business when choosing a location.

Perhaps unsurprisingly, businesses in more digitally-savvy sectors were even more likely to place a high value on connectivity, with IT and telecoms (96 per cent), finance (95 per cent) and legal (88 per cent) firms the most likely to say they prioritise a quality internet connection when looking for new business space.

Commenting on the findings, director at global property consultancy JLL Craig Watson said: "From our experience across the regions, it is clear that broadband availability and speed is starting to become one of the most important factors when choosing an office, often ahead of the occupational cost.

"It is certainly one of the first questions an occupier now asks so it is vital that new office developments have the ability to accommodate multiple service providers, have sufficient capacity and dedicated, often separate, service routes."

The problems with poor connectivity

The survey found that just two per cent of businesses said their operations did not require internet access at all. By contrast, almost a quarter (24 per cent) felt they would not be able to cope without strong connectivity.

One of the key reasons for this is an increasing reliance on online tools for day-to-day activities. Some 28 per cent of respondents said they were dependent on cloud services, while 29 per cent said they could not function without other web-based systems.

Therefore, if digital connectivity is unavailable, the consequences can be severe. More than half of firms (52 per cent) said internet outages damaged their productivity, while a third said they had lost businesses as a direct result of a connectivity failure.

Chief executive of CityFibre Greg Mesch added: "Businesses need to stay ahead of the competition, so the ability to adopt new technologies and thrive digitally is critical. Our economy runs on the internet, which makes connectivity as important as a prime location."

Indeed, more than half of businesses (55 per cent) said having faster connectivity would increase productivity. Meanwhile, more than two-fifths agreed that it would improve customer service and almost three in ten (28 per cent) said it would boost collaboration across their networks, which CityFibre said highlights a clear correlation between connectivity and potential for growth.