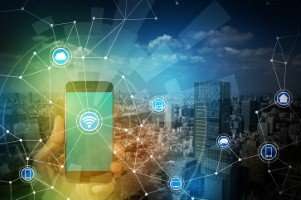 With rumours suggesting the Samsung Galaxy S10 will offer Wi-Fi 6 certification, what should you know about this new wireless standard?

In a couple of weeks, Samsung is expected to unveil its next flagship Galaxy S10 smartphone ahead of this year's Mobile World Congress show. But there may not be too many big surprises in store because, as is the case with almost every other major phone announcement these days, any formal unveiling is preceded by a steady drip of leaks about its features.

When it comes to the Galaxy S10, much of the debate has been about whether or not it will come with 5G capabilities – with many rumours suggesting it will be offered in a standard version without the technology and a premium 'S10 X' edition, either at launch or at a later date, with the faster connectivity.

But one other suggestion that's cropped up in the past week is that the device will also be one of the first big smartphones to offer Wi-Fi 6 compatibility as well, and this could be something that's vital to many users.

So what is this? While 5G has been grabbing all the headlines recently when it comes to mobile connectivity, Wi-Fi is also set for an overhaul this year with the introduction of Wi-Fi 6, or the 802.11ax standard, as it's more formally known.

The impact of this for many firms could be just as important as 5G, as it will offer a similar leap forward in terms of wireless capabilities. So what can you expect from this technology, and when will it be here?

For many people, the headline benefit will be in the fact Wi-Fi 6 promises a significant speed boost over the current Wi-Fi 5 – or 802.11ac – standard. In fact, lab tests have shown transfer rates have reached as high as 10Gbps, though you probably shouldn't expect anything near that in the real world.

It achieves this through more efficient data encoding, which essentially means more data can be packed into the same radio waves. The big difference is the way in which chips encode and decode these signals, which is why you will need to upgrade your hardware in order to make use of Wi-Fi 6.

This greater throughput will really pay off in more crowded environments. While this is  something that could be particularly useful for larger businesses, even home users could benefit from this as the number of connected gadgets continues to grow.

For instance, Intel estimates that if only a single device is being connected to the router, speeds will typically be around 40 per cent higher than on Wi-Fi 5. But in busier environments, speeds on Wi-Fi 5 would often slow to a crawl as multiple devices competed for the limited available space.

With Wi-Fi 6, this is not the case. By dividing each wireless channel into many subchannels, average throughput per user and overall network efficiency in dense environments will improve by at least four times compared with the previous standard.

It's not just in speed where Wi-Fi 6 promises a leap forward. It can also greatly improve the battery life of connected devices such as smartphones. This is partly because the greater range and faster throughput means devices won't have to use as many resources to transfer data, but Wi-Fi 6 also offers a new feature called 'wake time scheduling'.

This enables access points to tell client devices when to put its Wi-Fi receiver to sleep and provides a schedule of when to wake up in order to receive the next transmission. These are very short periods of time, but these quick periods of sleep all add up, and can make a big difference to battery life.

When is it arriving?

While the Samsung Galaxy S10 may be one of the fist smartphones with Wi-Fi 6 capabilities, there's still some work to be done to get it into practical usage. The standard still isn't completely finalised, but this is expected to occur at some point in 2019.

Another thing that isn't entirely formalised is the name. While many makers may market products as Wi-Fi 6 Certified and use the new symbol, which consists of the familiar Wi-Fi logo with a 6, this isn't mandatory, so others may stick to existing conventions and label them 802.11ax – but both will mean the same thing.

After this happens, it should be the case that any new Wi-Fi-enabled gadgets will start to offer it as standard. It's completely backwards-compatible with Wi-Fi 5, so users won't have to worry about older devices being unable to communicate, but you may have to ensure you're upgrading your access points if you want to take full advantage of the next generation of smartphones.