Xiaomi officially arrives in the UK 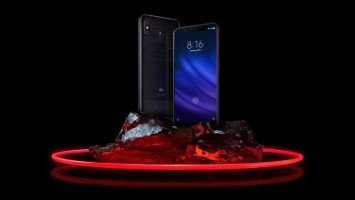 Xiaomi is set to open its first UK store later this month, bringing its Mi 8 Pro flagship product to these shores.

Chinese tech firm Xiaomi has officially launched in the UK for the first time, with an initial lineup consisting of three smartphones, as well as a wristband and even a smart scooter.

The company has been developing a reputation in recent years for offering competitively priced products and has become the world's fourth-largest smartphone maker.

In the UK, its initial flagship device will be the Mi 8 Pro, which is an Android-powered handset with a 6.2-inch display incorporating a hidden fingerprint scanner. It attracted some attention when it was revealed in September for its resemblance to the iPhone X, including a thin bezel and in-built notch in the display.

Prices for this device will start at £499, which is significantly cheaper than competing flagship devices with similar specs from the likes of Samsung, Apple and Sony.

Among its other offerings in the UK will be the entry-level Redmi 6A, which is set to start at just £99, as well as a fitness band and an electric scooter.

In addition to being available online and through various third-party retailer, Xiaomi is set to open a flagship UK store at London's Westfield Shepherd's Bush shopping centre on November 18th.

Xiang Wang, senior vice-president at Xiaomi, said the UK is one of the most important global centres for technology, and also has a "cool" factor that aligns with the company's brand.

"It is a young energetic place, so pretty much fits to our culture – we want to be the coolest company in our fans' minds," he added.

He also told the BBC that the firm is looking to expand its presence with more devices in 2019, and is considering bringing its sub-brand Poco to the country.

While some analysts have suggested the firm faces a big challenge in the UK due to the highly competitive nature of the smartphone market, one expert said now might be the perfect time for a new value brand to launch.

James Smith from Futuresource Consulting told the BBC: "After the UK leaves the European Union, we may see consumers rein back on discretionary spending, resulting in a falling average sales price moving forward. Should the consumer wallet be squeezed, we may see increasing demand for mid-range handsets, a market in which Xiaomi has a very strong offering."